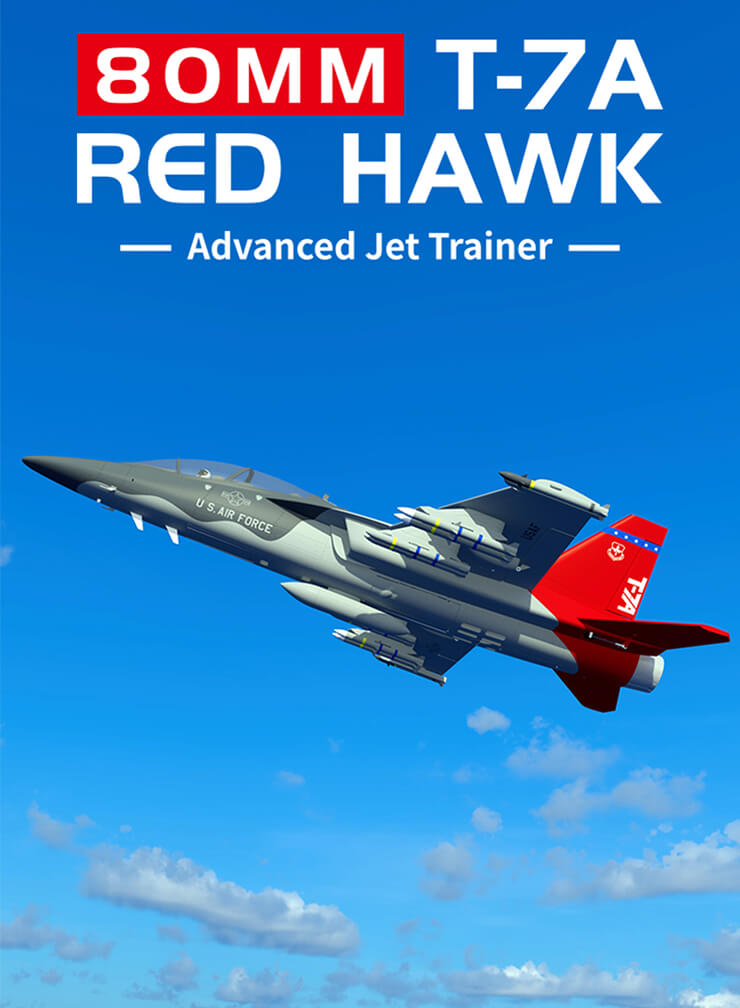 The Boeing-Saab T-7 RedHawk, originally known as the Boeing T-X, is an American/Swedish advanced jet trainer produced by Boeing in partnership with Saab. It was selected on 27 September 2018 by the United States Air Force (USAF) as the winner of the T-X program to replace the Northrop T-38 Talon.

The shape of the T-7A is similar to the reduced version of the F/A-18 because they are designed with a large leading edge root extension surface and a V-shaped double vertical tail design. Not only does this design provide dexterous control at low speeds but it also has a better flying capabilities at high angles of attack, so that its flight performance can be closer to the fighters in active service.

With a 6S Lipo battery, the high-pow- er 80mm EDF with 12-blade fan, 6S-compatible brush- less inrunner motor and 100A ESC deliver fan- tastic top speed and vertical performamce plus amazing turbine-like sound. With stability it’s a scale jet that flies smooth and handles like a sport jet. Integrated wing connectors and glueless design facilitate fast and easy assembly, so you can get the 80mm T-7A airborne in less than one hour. 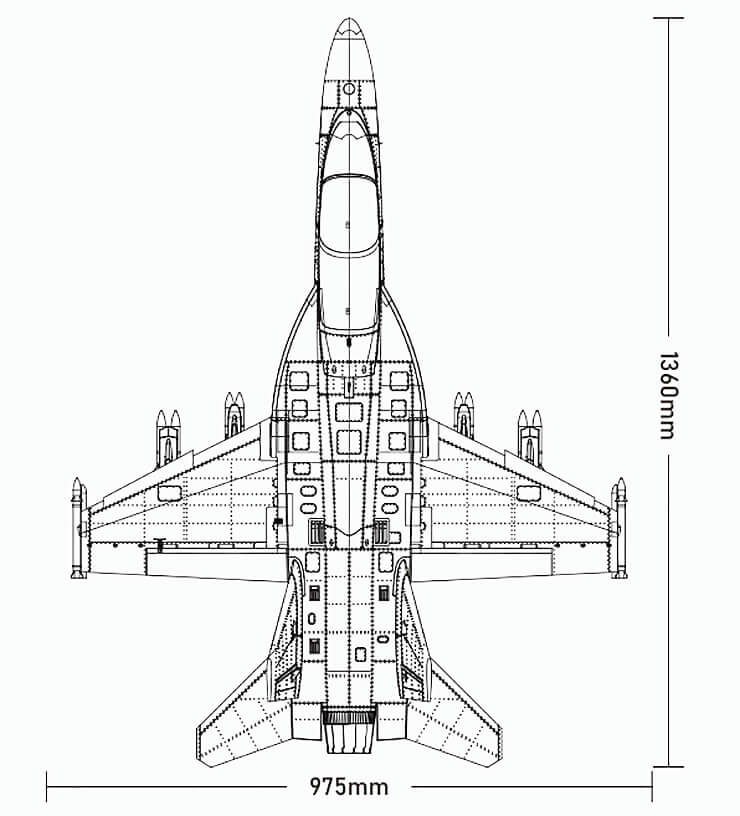